Happy New Year from the Faeries!

Happiest wishes for the new year! Pixie and I rung in the New Year at the White Ball at the Vancouver Hilton hotel. So much magic, sparkling, and dancing!

Here are updates for January, including last minute sparkle appearances tomorrow (Saturday)! Find me at these locations: best to send a text or call to make sure we connect! 503-720-5486 <3 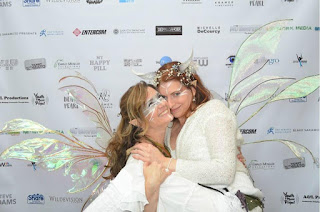 Posted by faeryhair at 5:59 PM