Hair Sparkles in Portland, end of the year sparkle party!

Events up to date below! We are asking to extend Faery Hair Fridays at the Fernie Brae to 6pm, as we tend to sparkle late anyway. If you need to sparkle later we can always shift to the delightful Albina Press coffeehouse on SE 50th and Hawthorne, open til 8pm. Just let me know and I'll meet you there! <3 503-720-5486 or serafaery@yahoo.com

The week between xmas and the New Year is still pretty open if you need some last minute New Year Sparkle! <3

Please note! There is a special book release and art event happening this night at the Fernie Brae with David Dellamare present for signing, there will be wine and song! 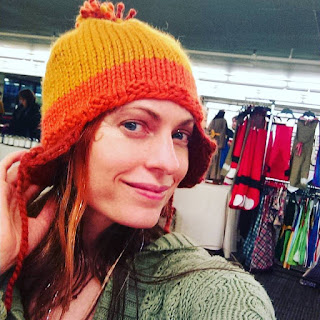 (I traded faery hair sparkles for this hand knit hat at Geek the Halls on Sunday - pretty cunning don'tcha think? Available at MissUrsa.com!)
Posted by faeryhair at 7:11 PM